History of the US Military Pistol and its Civilian Counterparts A Blast from the Past Throughout the history of the United States, many pistols have been used for protection by our armed forces. Whether it was the flintlocks of the Revolution, the revolvers of the Civil War or the newest and sleekest semi-automatic. Handguns have […] 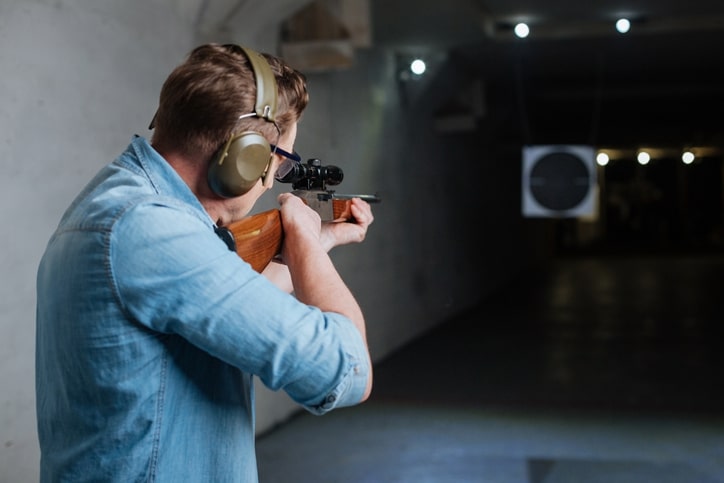 Things to Consider When Buying a Gun

Investing in a firearm is an exciting undertaking. It’s the start of a new adventure, regardless of why you’re choosing[...]

How to Get Into Competitive Shooting

Trying a new activity can be intimidating — especially when it involves a firearm. Thankfully, we’re here to help. If[...]

Holding a gun in your hands, whether they are big or small, can flood your emotions with reverence for the[...]

Your Guide to Gun Shows in Pittsburgh

For firearm enthusiasts, professionals and novices alike, gun shows are excellent venues to explore a wide range of items. Every[...]

If you’ve been tasked with planning a bachelor’s party in Pittsburgh, you won’t have any trouble finding fun, memorable activities[...]

Are you in charge of a group or part of a group that struggles with collaborative teamwork and effective communication?[...]

Whether you’re a hunter, sport shooter or concerned about self-defense, you should become familiar with your state’s concealed carry laws.[...]

5 Reasons Why Cleaning Your Handgun Is Important

People purchase and operate handguns for many reasons. Some visit shooting ranges as a social activity, others enjoy sharpshooting as[...]

This is the best indoor shooting range I’ve ever been to. Great prices, great selection and a knowledgeable staff. I was pleasantly surprised to find out that this store was owned and operated by veterans. Highly recommended.