Have you ever wondered what it would be like to shoot in a competition? Maybe you’ve been worried you don’t have enough experience to compete against other shooters. But at Keystone Shooting Center, you can put these worries to rest. We offer pistol and rifle leagues for people of any shooting background.

Bring your spouse or coworkers to the range, or sign up on your own to compete against new challengers. No matter what you choose, our courses promise a blend of practical skills, heart-pounding competition and just plain fun!

Disclaimer: Must be 18 or older to compete 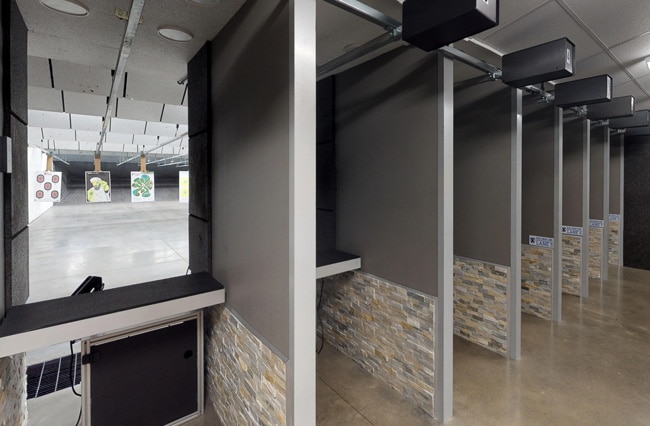 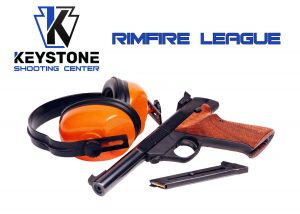 The Keystone Shooting Center Rimfire league is a 6 week league. Competitors may shoot at their leisure anytime Monday – Friday, one scored round per week for a total of 6. Your lowest round will be dropped totaling 5 scored rounds. 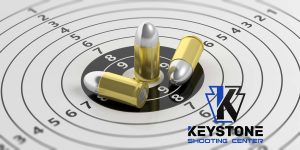 This pistol league is geared towards any level of shooter, and hosted at our shooting range. Our bullseye league is a little different in that it is for any 9mm pistol! What Is an Indoor Shooting League?

A shooting league is an organized competition similar to a bowling league or other types of competitive sporting groups. Its goal is to drive more people to the range who share a love of the shooting sports. Many clubs and gun ranges across the country host these leagues – and as one of the country’s top shooting destinations, Keystone Shooting Center’s programs are the first choice of numerous shooters throughout the Pittsburgh area.

Each week, you and other shooters will shoot at our targets at a time that best meets your needs. The course of fire changes during each stage of the competition. After you shoot, we’ll add your new score to calculate your total. The shooter with the highest score at the end of the league wins.

Courses can last several weeks or months and are designed for a specific firearm. We make sure each can accommodate inexperienced shooters while also offering engaging challenges even to professionals in the shooting sports.

Why Join a Pistol or Rifle League?

If you love the thrill of shooting a gun and the rush you feel when you hit your target, you’ll love the rifle and pistol leagues available at Keystone Shooting Center. Our indoor shooting leagues are designed for both new shooters and lifelong experts to hone their skills and find companionship with like-minded peers.

You’ll enjoy numerous benefits when you join a shooting competition at our Mars, PA facility, including:

Visit Keystone Shooting Center to Participate in Our Shooting League

What better way to make friends and lasting memories than doing what you love? Keystone Shooting Center’s pistol and rifle leagues offer an experience you’ll remember for a lifetime.

Keystone Shooting Center is a veteran owned and operated shooting range, training center and firearm superstore. Our Mars, PA facility is easily accessible to avid shooters throughout Pittsburgh and beyond.

As part of our service-oriented facility, our indoor shooting leagues are designed to make both new shooters and competitive professionals feel like family. No matter your experience level or whether you’ve ever visited our range before, you’ll feel at home shooting among our 24 climate-controlled indoor lanes.

Sign up today for one of our world-class shooting competitions.

The absolute best place to buy and shoot guns in the wider Pittsburgh area. This place is light years ahead from any other gun store. The level of service is impeccable, employees will get out of their way to help and accommodate, and the facilities are 5 star hotel equivalent. There is always an experienced employee supervising all three shooting ranges and they are there to assist in case of a jam or malfunction. This is really a place we are fortunate to have in the area. I now have a membership and recently had a 1-1 class with Mike helping me with my technique. He was unbelievably helpful and cordial. This is a 5 star place.